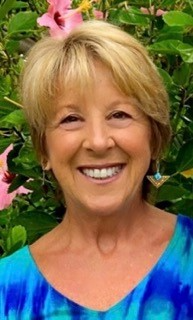 As a woman-owned business, the Regenrus team believes in the power of women to make a difference. Our focus on being a force for good attracts some of the most amazing people to our ohana, including the beautiful woman featured in this piece – Marian Head.. 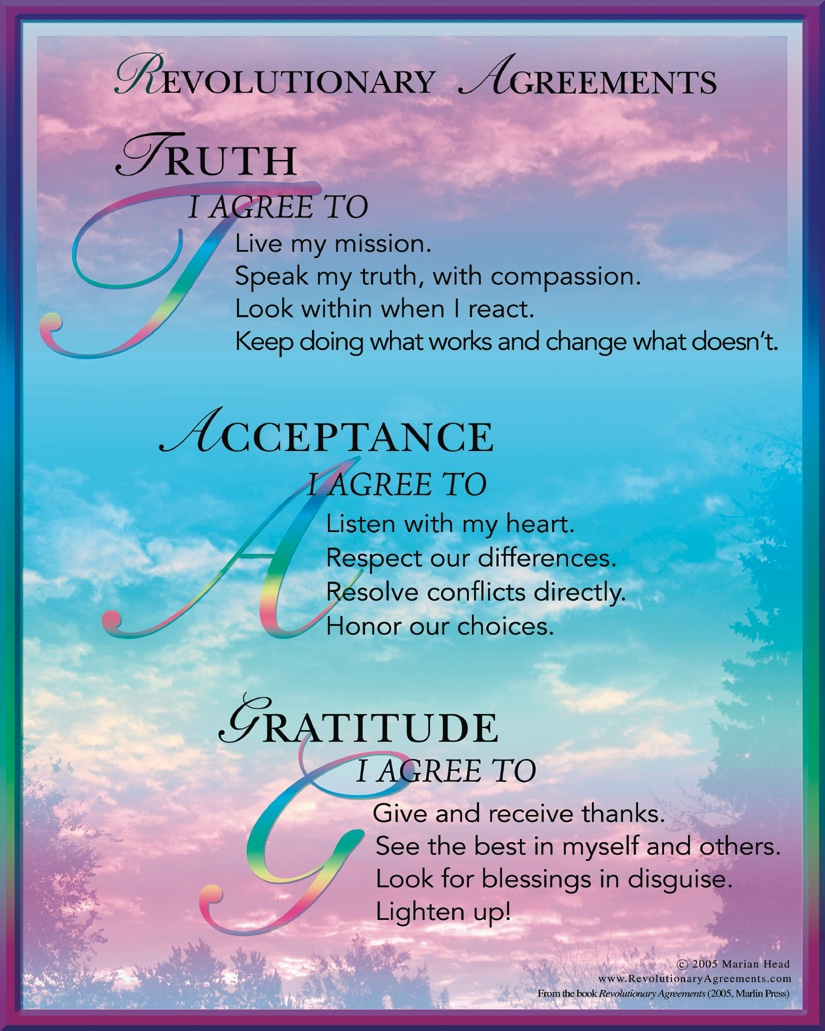 Marian is a longtime friend of our founder, Cindy Tysinger, who had this to say – “Marian has always been a force for good, practicing conscious business long before it was a popular thing to do.  I am proud to celebrate her grace, honor and achievements during Women’s History Month.” Let’s get to know Marian!

Just a little background - In June 1985, Glenn and Marian Head cofounded the Geneva Group, a network of businesspeople formed to support one another in living their highest values in every aspect of their lives, and especially in their businesses. That forum met monthly for twenty years, during which time they developed and practiced Agreements to propel them forward in a positive way. The “Revolutionary Agreements” emerged in 2005 as Marian’s version of the essence of those agreements, with an award-winning book of the same name.

Marian’s journey has led her to have had the opportunity to support extraordinary people working together to resolve issues of human survival, including His Holiness the Dalai Lama, US Vice-President Gore, USSR President Gorbachev, and Mother Teresa. Now she is embarking on a new journey, one that promises to allow her to explore from a place of being.

“I am inspired by those who have their own visions for the world. And I am blessed to be invited to participate alongside them because I like to get things done,” says Marian. “I believe that anyone is capable of bringing visions to reality if they are willing to take small steps towards their goals. “ 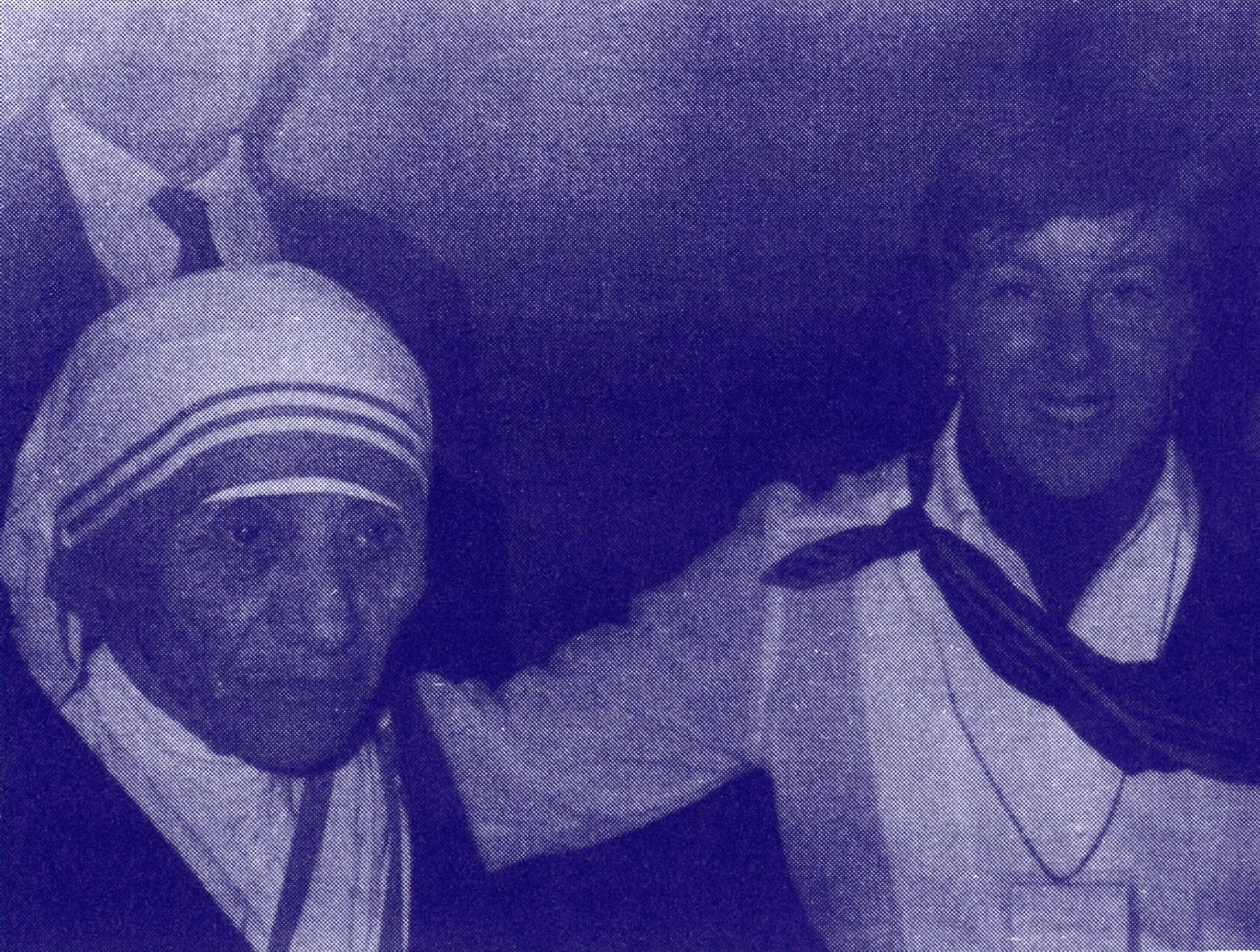 One thing that is apparent about Marian is she steps up to opportunities presented to her even if it makes her uncomfortable.

“I was invited to be a part of a ground-breaking initiative to bring Soviet and American citizens together around areas of common interest. It began during the Cold War and focused on 21 different areas to see how we can break down barriers and support common interests,” said Marian. “I am so grateful to have been invited to participate.”

The initiative was started by Rama Jyoti Vernon. and one of Marian’s mentors, Barbara Marx Hubbard. These women believed that being citizen diplomats would lead to personal growth while removing barriers between the cultures

“It was life changing for most of the people involved,” says Marian. 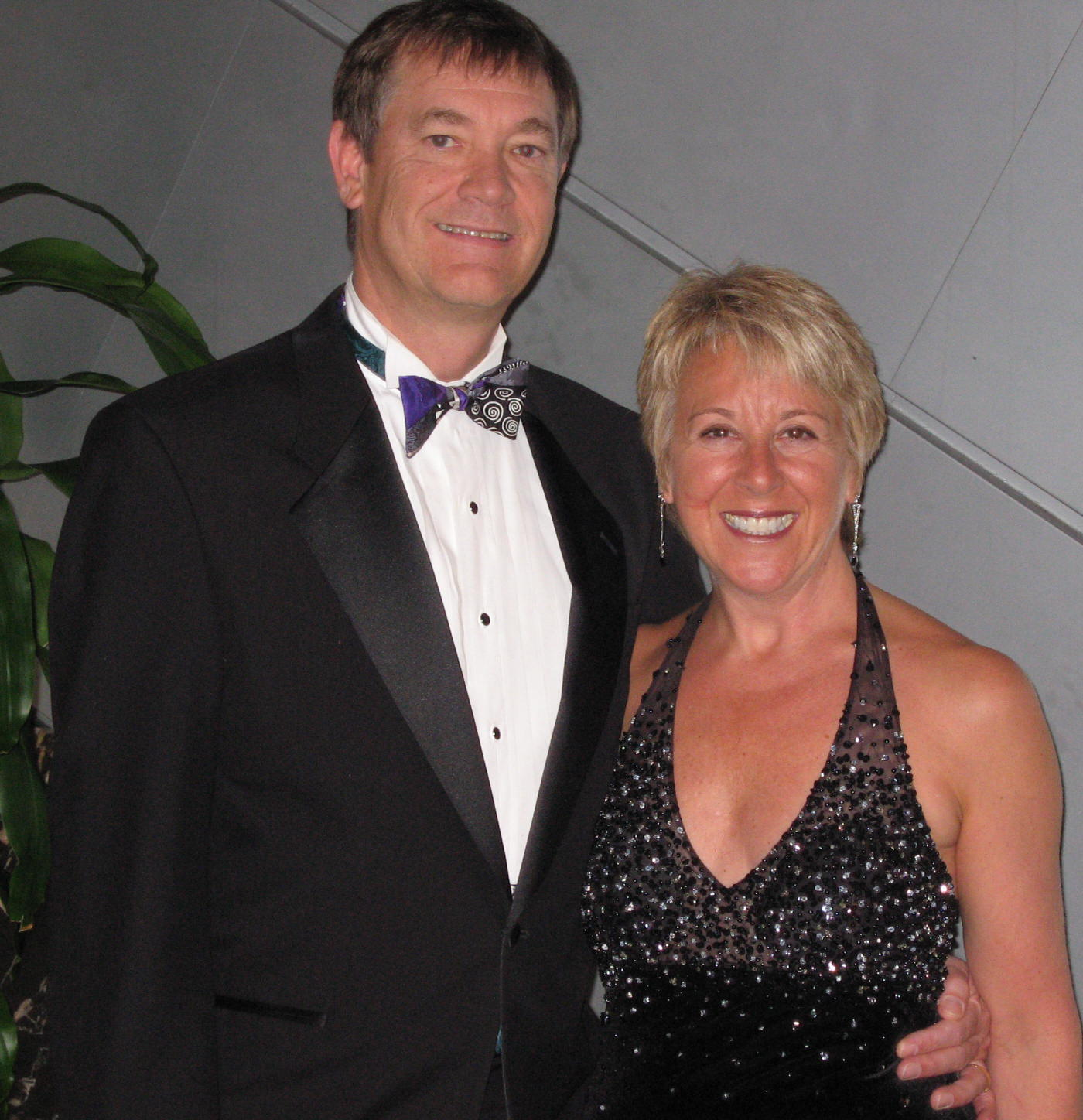 Marian and her husband, Glenn, were invited when it became apparent that the American team was not prepared to receive the largest group of Soviet citizens to be allowed to leave their country. They were able to focus the team by using their Agreements and preparing for a positive reception of these distinguished guests.

We quickly realized that the team members were under so much stress that they were not living their own noble mission to foster collaboration,” says Marian. “We went offsite, worked through the Agreements and reorganized the team. Rather than one man at the top, three women emerged to work collaboratively to lead the initiative to success.”

The agreements are based on truth, acceptance and gratitude, and according to Marian when practiced regularly, have a positive impact on your life personally and professionally.

"The Revolutionary Agreements were established to support people living to our highest values in all aspects of our lives, particularly at work where we spend so much time," says Marian. "Everything I've done successfully is built on a foundation of practicing these agreements."

What's Mine To do?

The Soviet American Citizen Summit was a massive undertaking, and Marian was tasked to run a large convergence center. They mapped synergies among the 21 different task forces, looked for connections and produced a daily newspaper of the results. Additionally, she briefed the emcees on the information so they could update the participants.

“One day during her briefing Barbara, said “Why don’t you lead the plenary this morning, Marian?”  I was terrified of speaking before large audiences and felt more comfortable behind the scenes,” says Marian. “I did the briefing, which was a big step for me, but it was a while before I could become comfortable speaking.”

Marian knew she would have to perform speaking engagements to promote her book, Revolutionary Agreements.  She reached out for help, first using EMDR therapy and then attending Toastmasters until she was able to handle her speaking opportunities more comfortably. "I believe we can do anything is possible if we feel inspired and are willing to practice", says Marian. "I believe that change is not that hard if you alter your thinking first.

Pushing through uncomfortable situations is something all women have to do, particularly in business. For Marian, she believes that it begins with being in service. 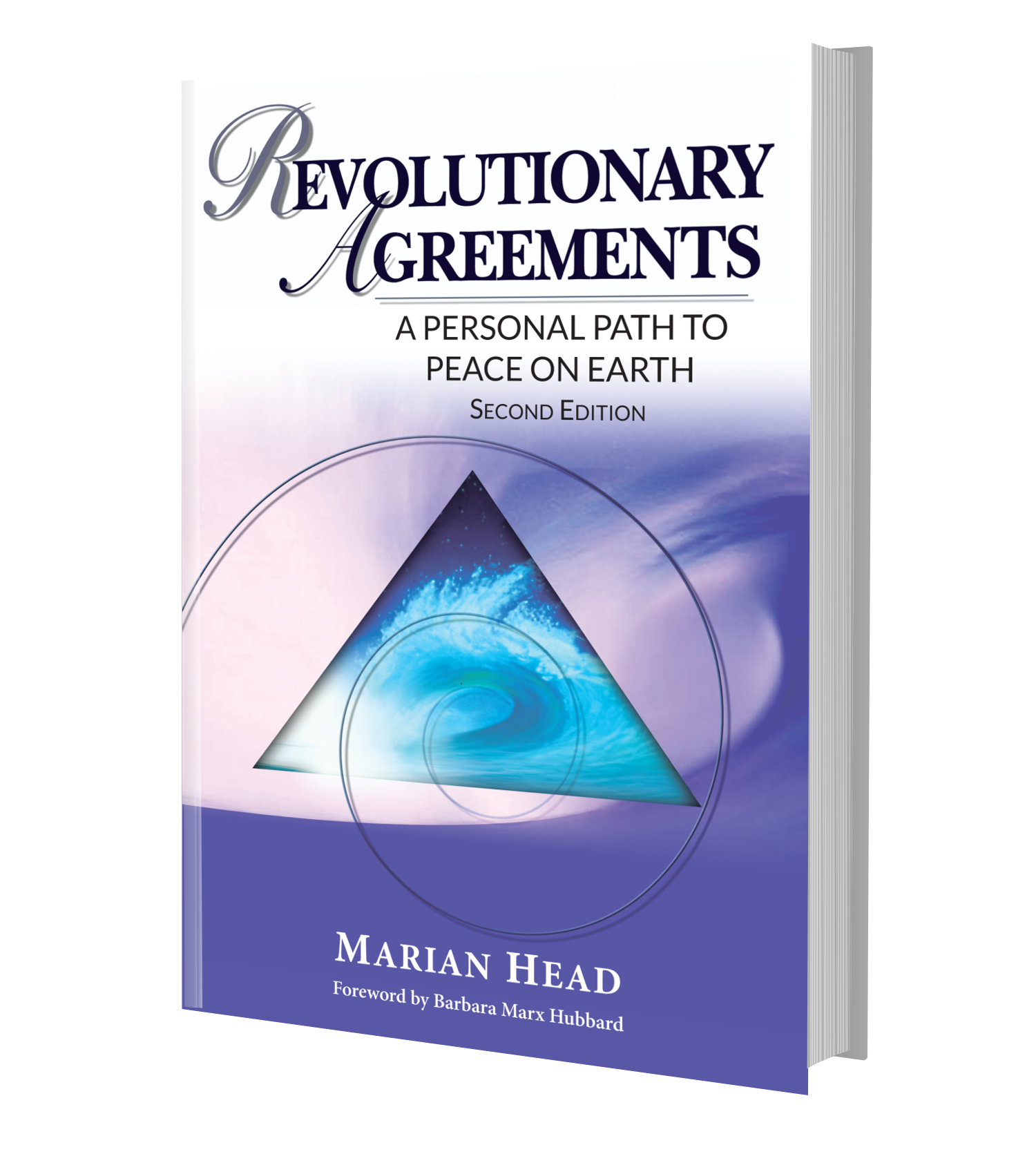 “Service is in a woman’s DNA. Any time I was leading a team, no matter who it was, I approached it that we need to come from a place of service,” says Marian. “It’s not about me, or the person delivering the message; it is about focusing on the people you are serving.” 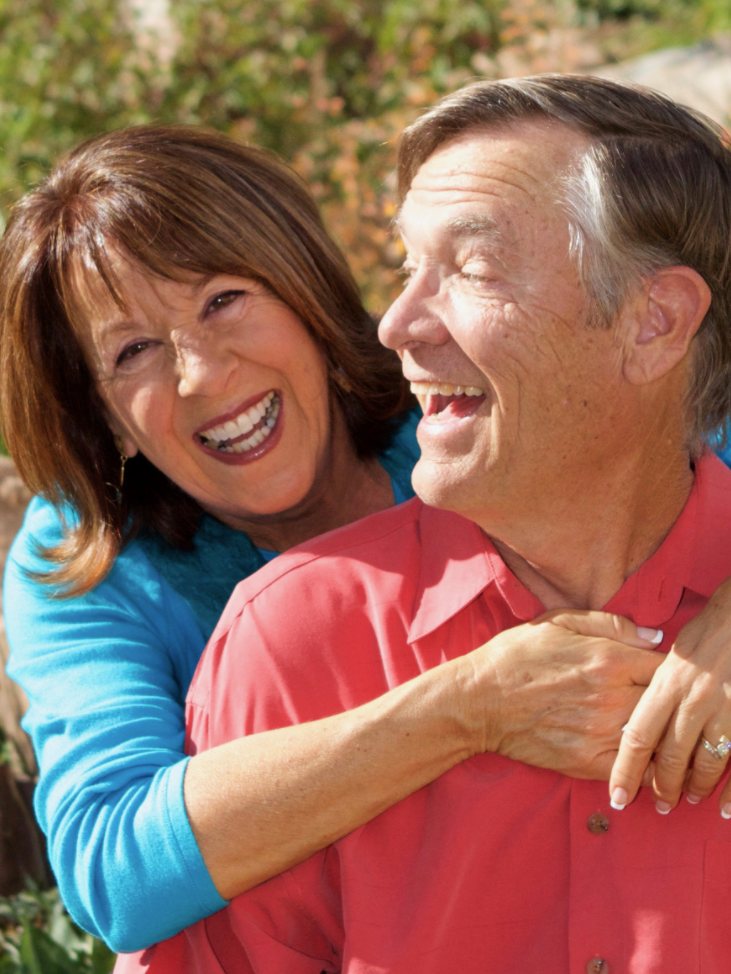 Marian is now learning to show up, be vulnerable and be comfortable with who she is.

“Women have inspired me to do the things I’ve done, whether it was my first boss who demonstrated an exemplary work/life balance, coordinating an international summit, serving on the board of a restorative justice program, or serving others through the Agreements.  Many women have paved the way for me to make a contribution,” says Marian.

Marian is exploring what her future looks like from a place of simply being. To really focus on that part of her journey, she has one simple question we should all consider:   “Instead of being swept away into the drama of the day, I learned to ask, ‘What Is Mine to Do?’” says Marian. “Mine was to share the Agreements

Marian describes the place on her current journey as being a rocket ship, with the booster falling away.   “The booster represents my life before, full of energy and drive,” says Marian. “As the rocket heads for orbit, the booster falls away leaving me in a quiet, serene, supportive, effortless place.”  There are so many lessons we can learn from Marian, and we encourage you to learn more about this amazing, dynamic woman.

Marian would like to leave you with this thought:  “When you are deciding what to do, ask yourself, ‘What makes my heart sing?’ Whatever makes our heart sing will positively impact others around us,” says Marian. “And to make your unique contribution to our world, remember to ask, ‘What Is Mine to Do?’”

Join our email list for exclusive offers and the latest news.